This book is the result of the decontruction of another work. After trying to remove a text piece from my studio wall by using adhesive tape, half of the text remained. The remaining letters, words and numbers formed little clusters that could be read as a form of contemporary poetry. The proces of deconstruction was then carefully documentated, which resulted into this bundle of 20 randomly generated ‘poems’.

The book is printed in an edition of 25 copies, have a silkscreened front and back cover and include a double-sided a6 postcard that illustrates the process of making the book. It is available here for €19. 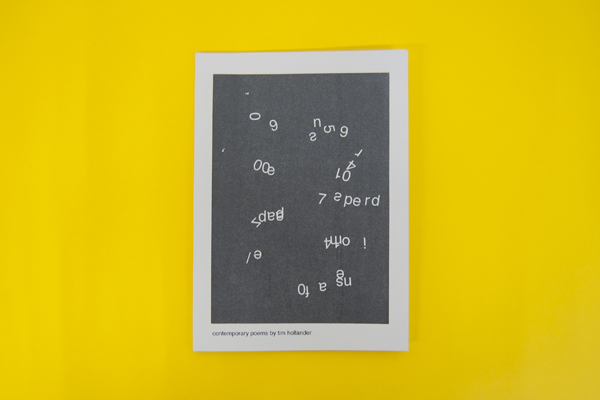 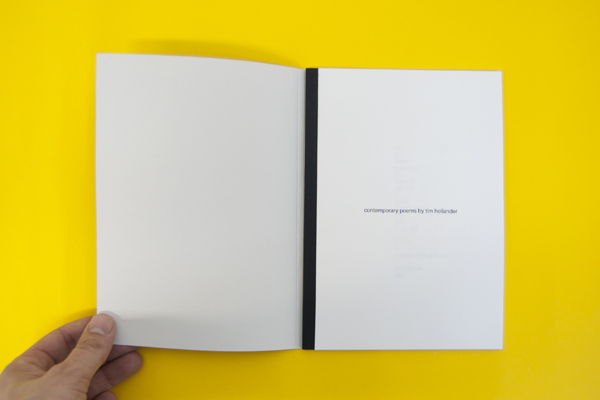 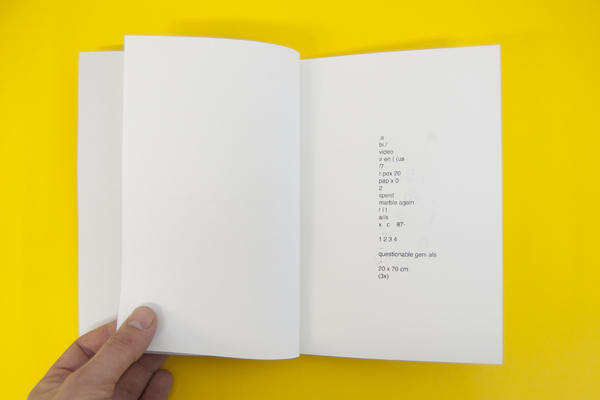 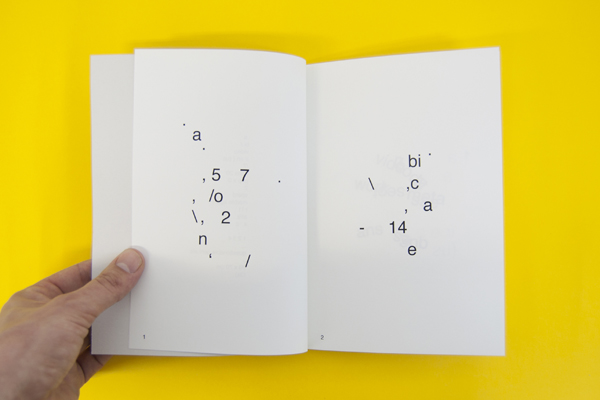 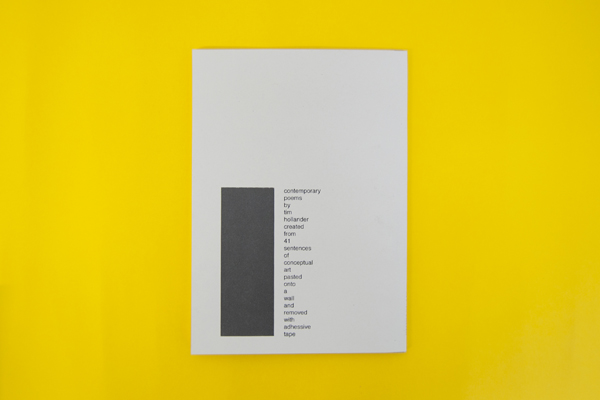