The Lazy Artist And Other Stories

This project was developed during a one year residency at the Van Eyck academy in Maastricht, the Netherlands. A physical display installed in the studio – which functioned as a frame of reference, an institutional space, a storage facility and a platform for encounters between images, objects and influences – became the physical design tool that drove and shaped the project. Sketches, sculptures, prints, references, books and leftover material from the studio and the work of other artists were treated equally as material to arrange compositions with a constantly changing and ambiguous hierarchy. As a result, it is not always clear where one work ends and the next begins, or wether the displayed objects can even be considered (as part of) a work. One could consider The Lazy Artist And Other Stories a museum, each spread an exhibition or room within the same institution.

The Lazy Artist And Other Stories required every element that goes into the design – a text, an image, a line or a black square – to be physically made and mounted in the display. The fake layers that we know from design software became physical layers once more. In the end each arrangement lead to one image, printed as the spreads of this publication in the Charles Nypes Lab at the Van Eyck academy. This intensive production method was translated into print using various RISO techniques, allowing the production of the compositions and printing of the spreads to happen simultaneously.  In a way each spread is therefore a reflection on the ones before.
A lot of different interests come together in the project, but most of all The Lazy Artists And Other Stories showcases a year of studio process.

It was printed in an edition of 75 copies with 8 different screen printed cover / colour combinations. The (closed) book measures 38.8 x 27 cm. It is available through email for €175. 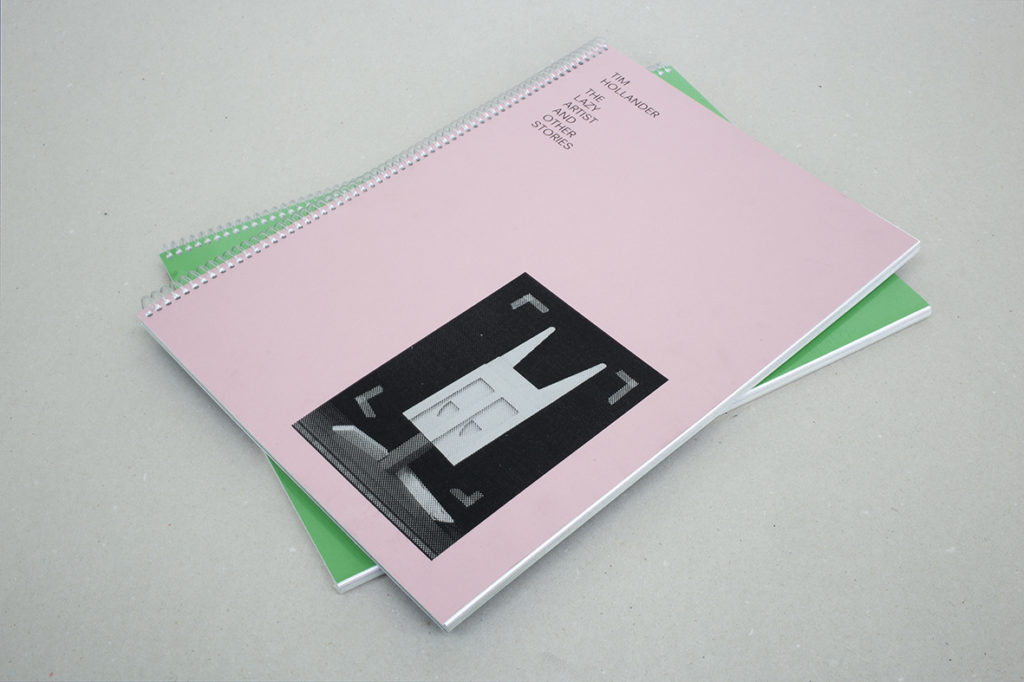 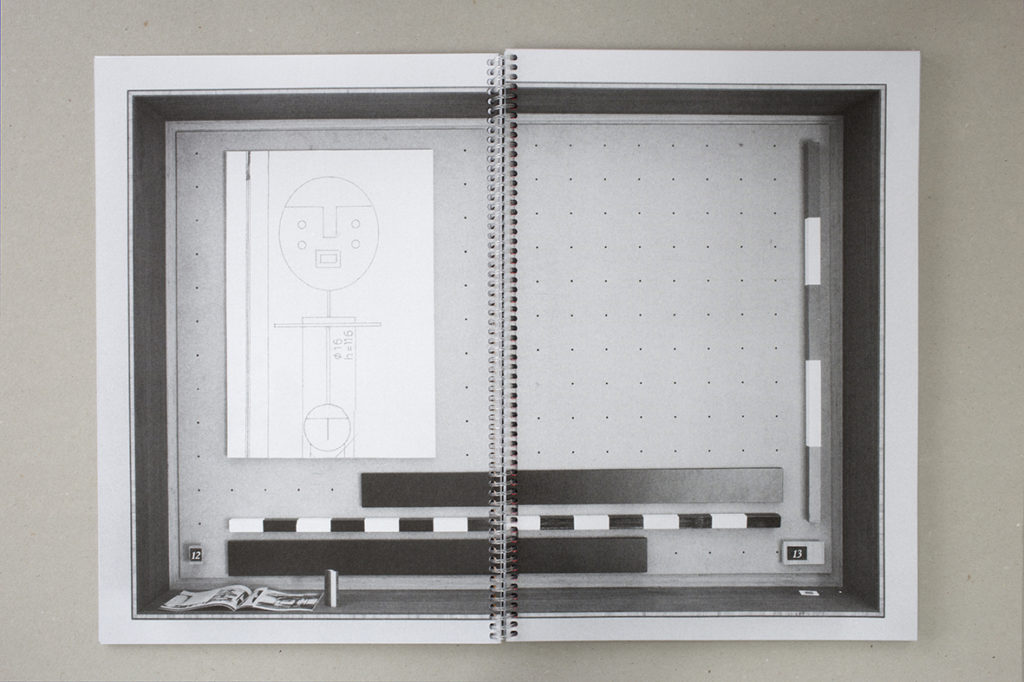 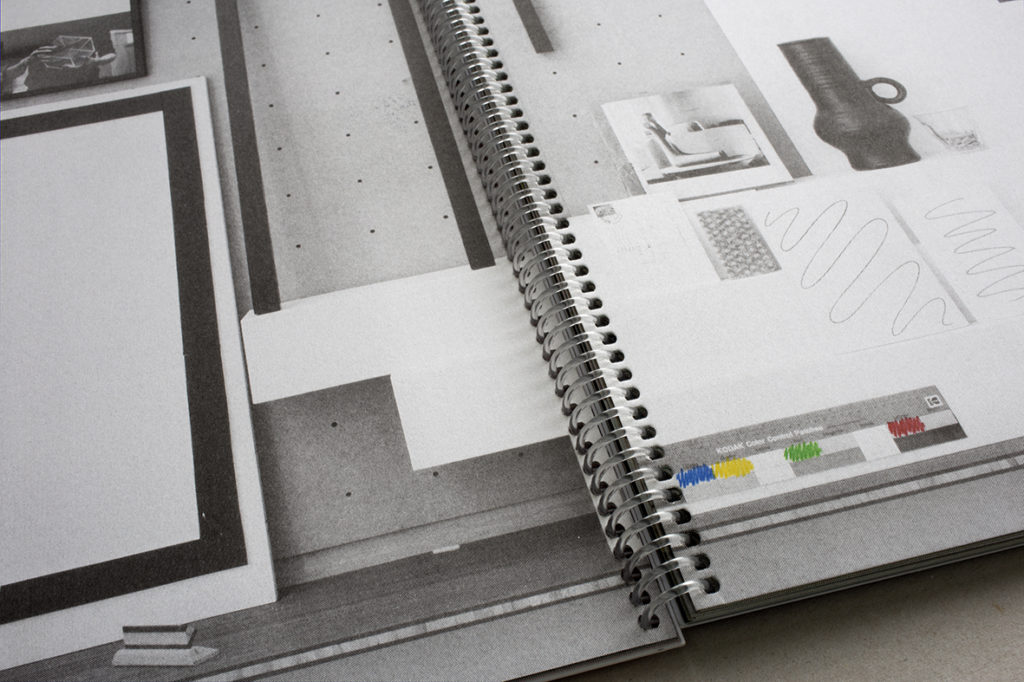 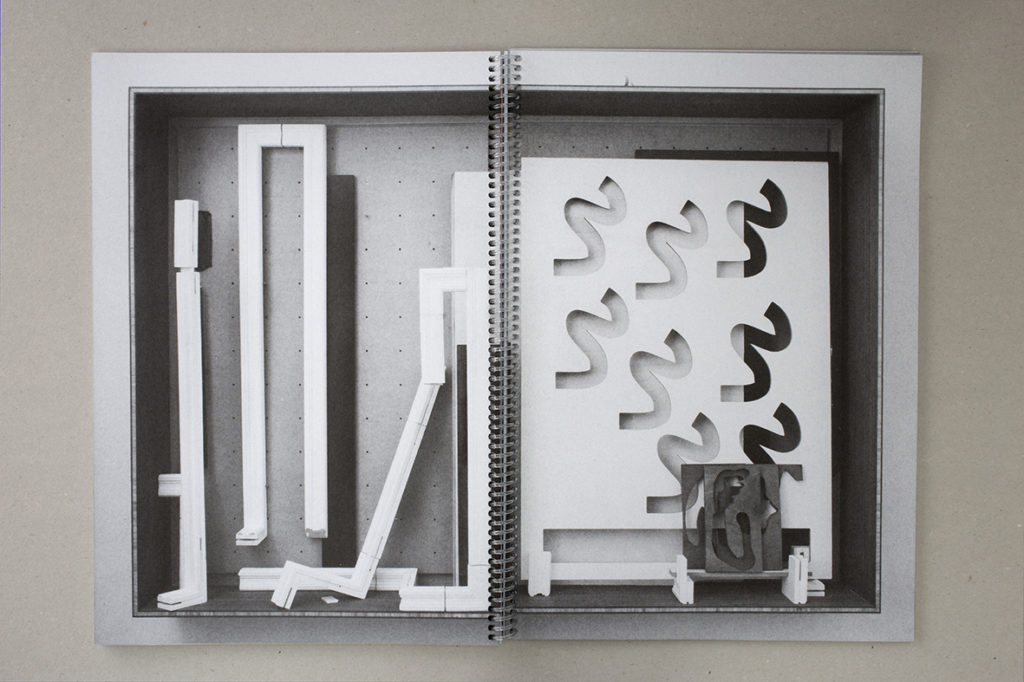 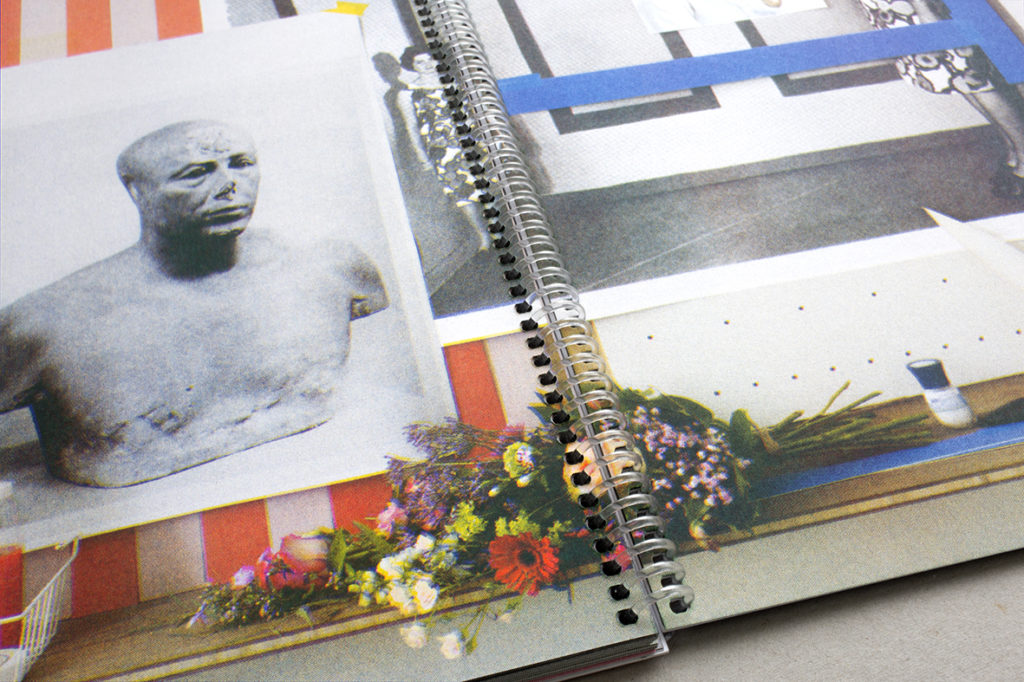 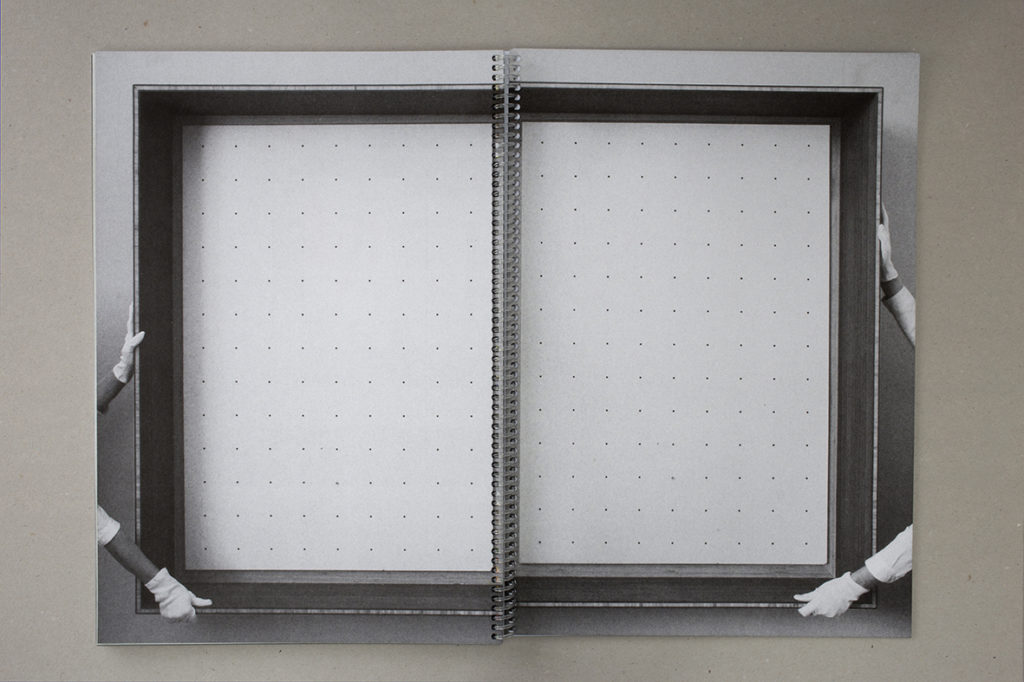 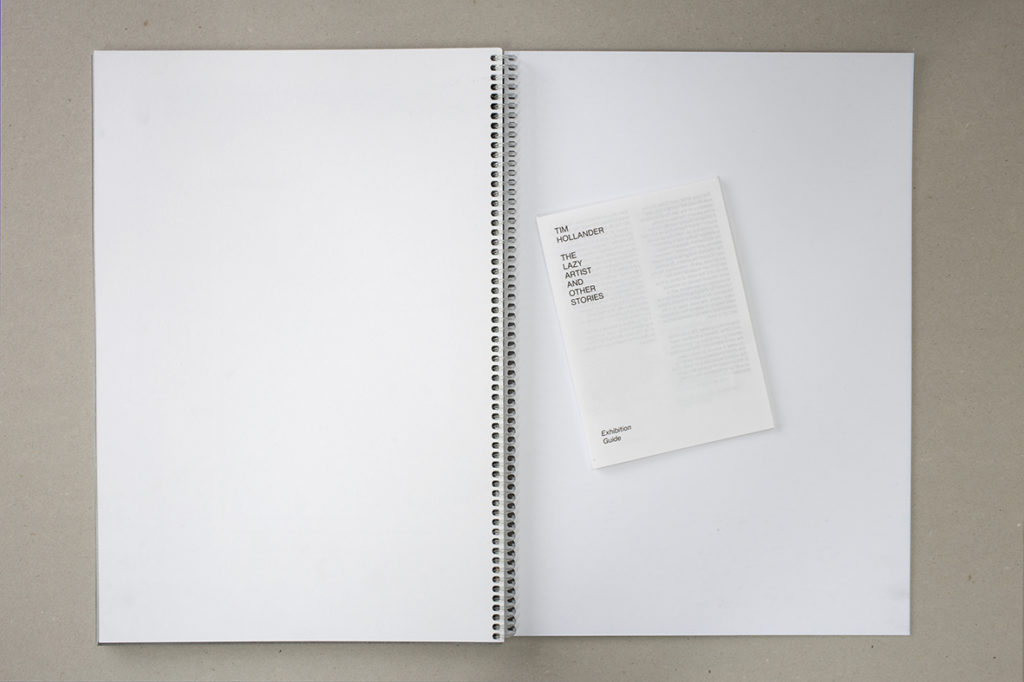 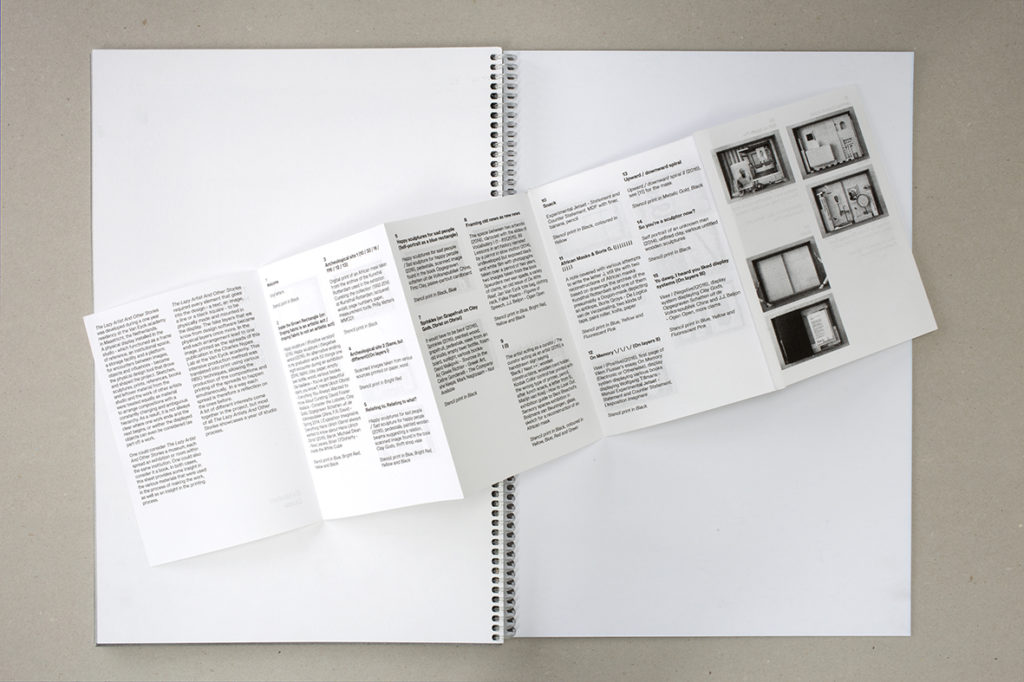 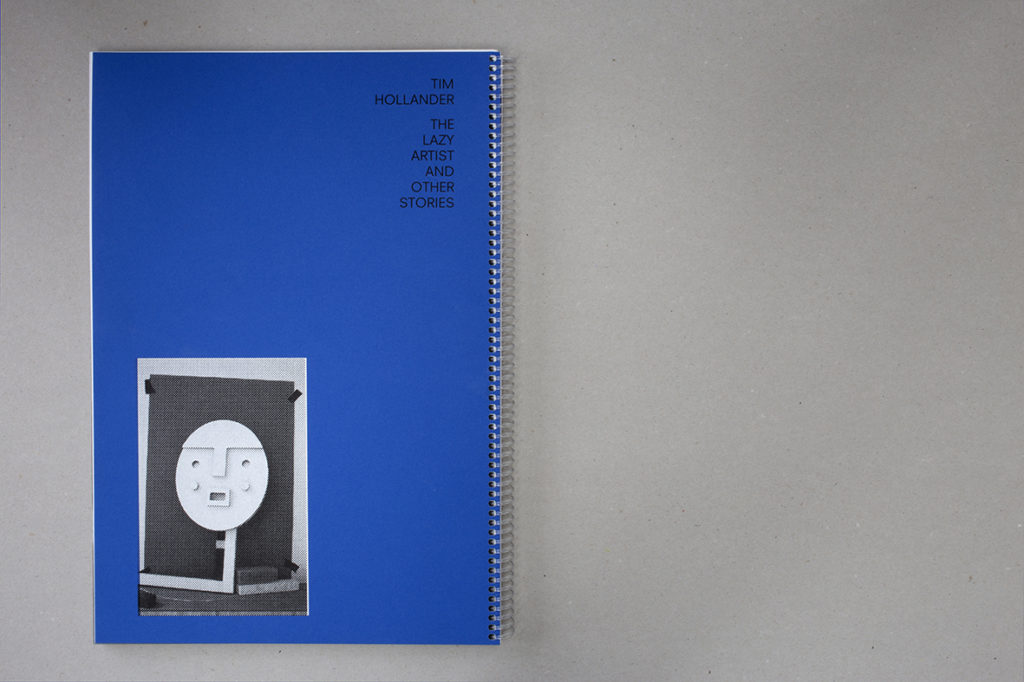