As a Hogeschool voor de Kunsten Utrecht alumnus I was asked to curate an exhibition in HKU’s Academiegalerie. This resulted in the exhibition Reading Between Not-Straight Lines for which I invited different (inter)national artists. The exhibition visualizes different methods in which artists use or research text and language in their practice. It brings together eight artists that not only pick their titles thoughtfully, but for whom the research into or transformation of text and language are a crucial part of their practice. Each of the artists does this in his or her own particular way and while the language is not always in the spotlight, it indisputably adds to the essence of the artwork. The result is an exhibition that can be read as a complex sentence, including punctuation, in which functions both on its own and in the larger perspective to its direct environment.

Instead of putting a exhibition text on the wall I decided to highlight the titles of the works featured in the show. The first thing one would see when entering the space was a book-like index that linked all the titles to certain numbers that represented the individual works. Instead of walking around the gallery looking for title plates or with a list of titles in hand, visitors would read some titles and later see a work that could match those particular titles – which called for a more active way of looking, like going back and forth through the notes at the end of a book. 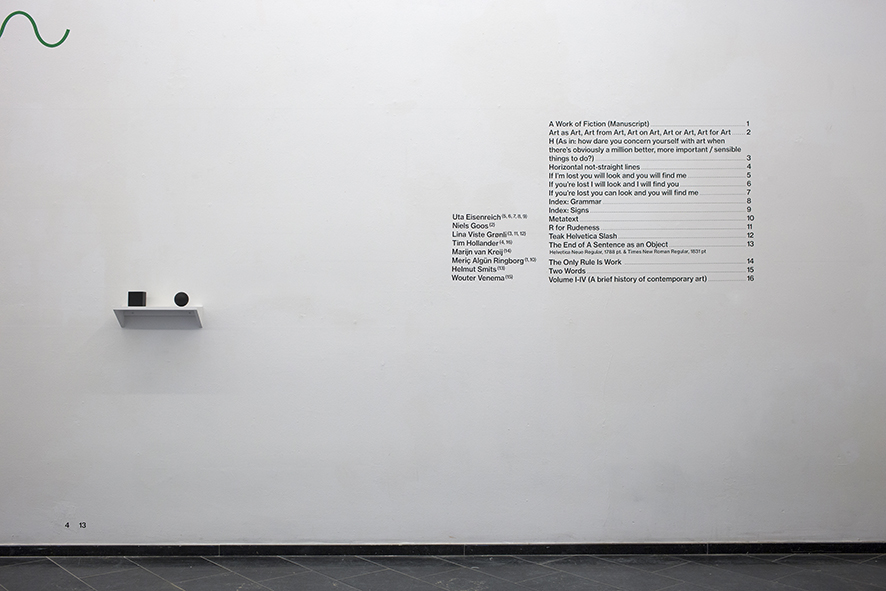 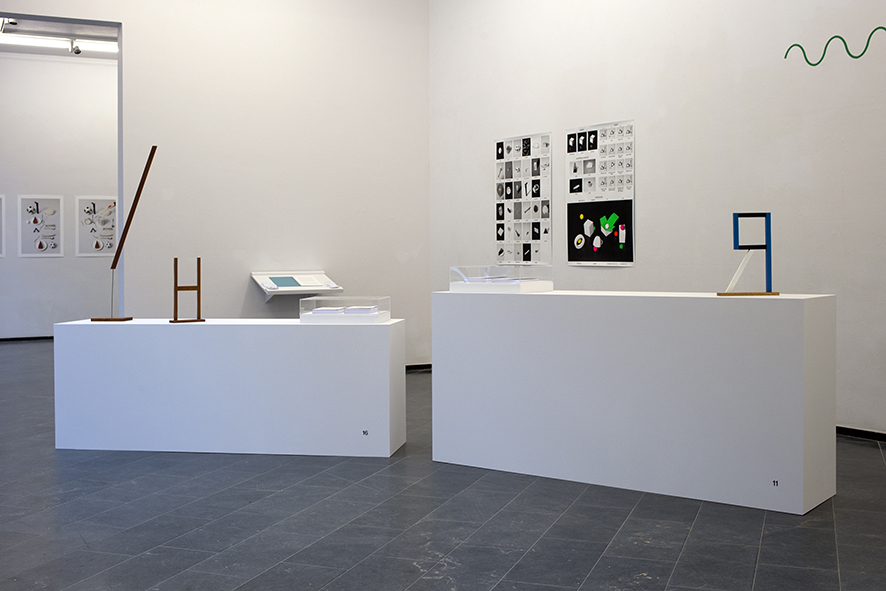 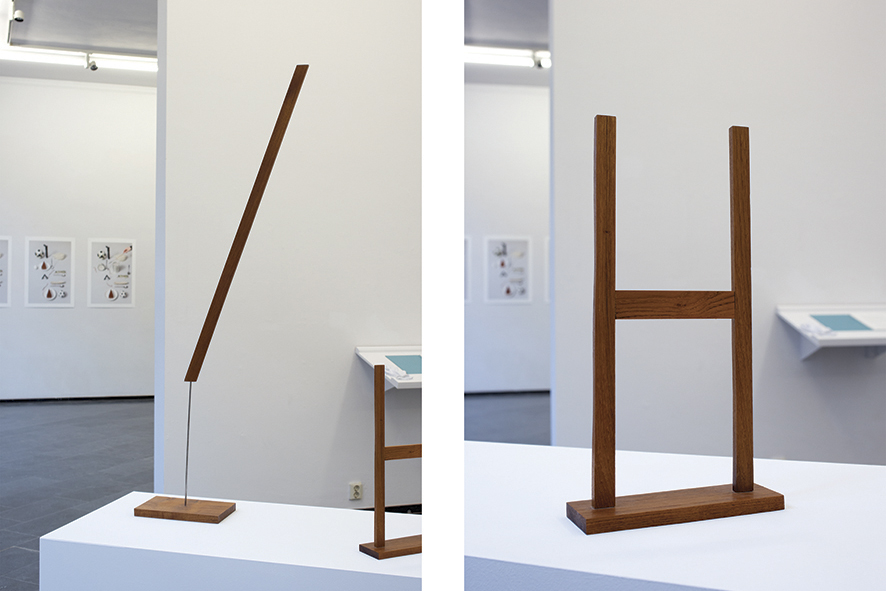 Lina Viste Grønli – Teak Helvetica Slash & H (As in: how dare you concern yourself with art when there’s obviously a million better, more important / sensible things to do?) 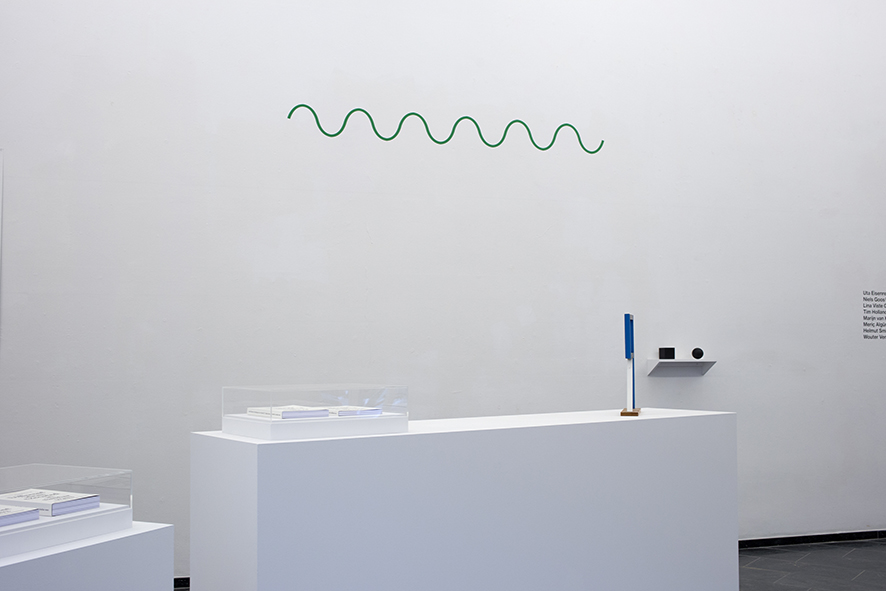 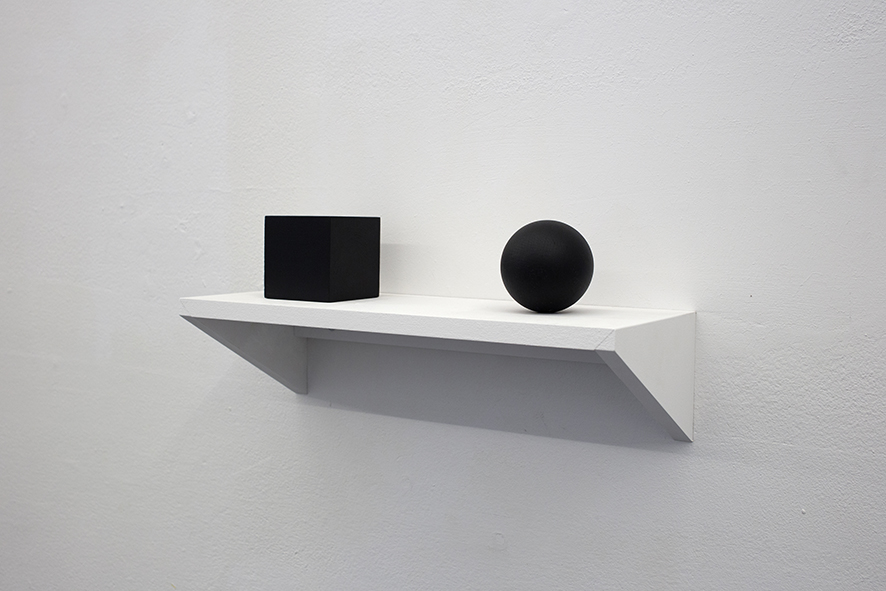 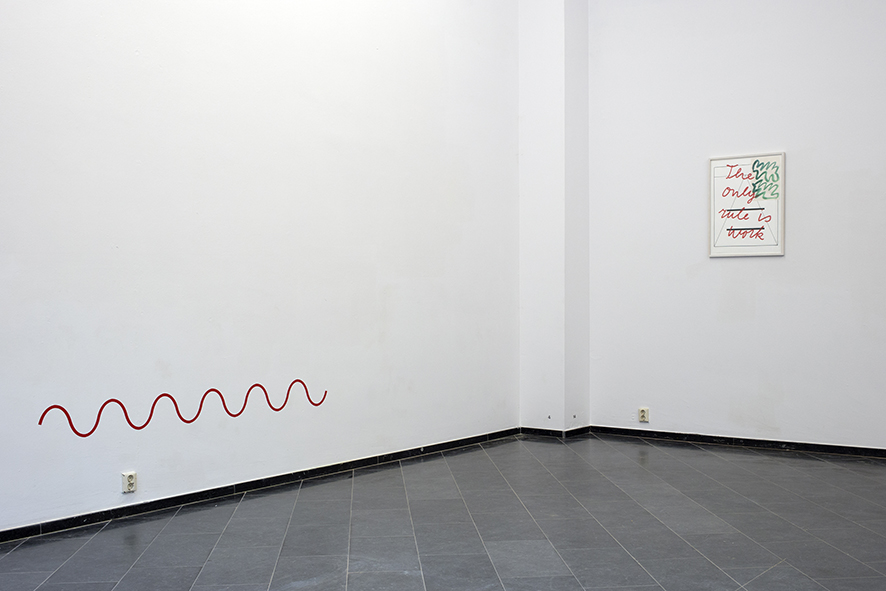 Marijn van Kreij – The only rule is work (right) 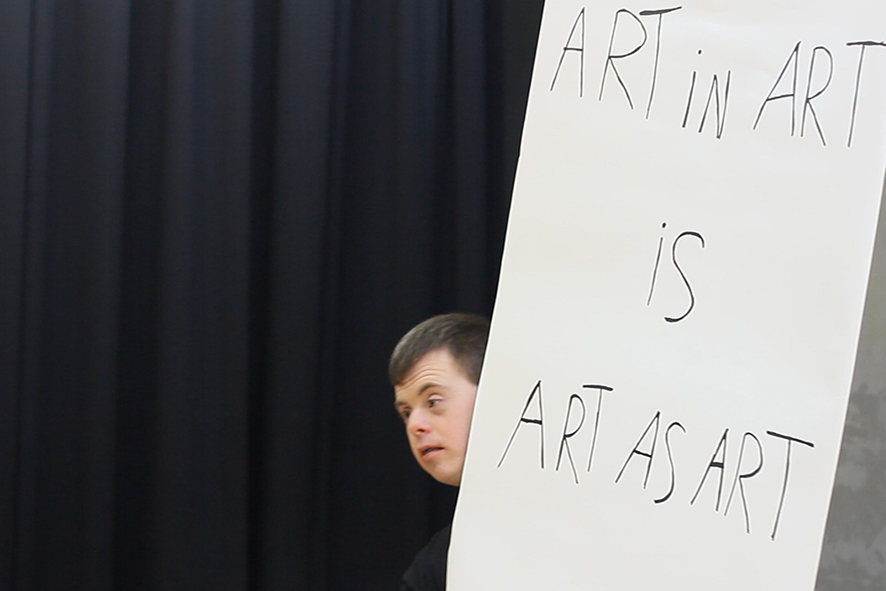 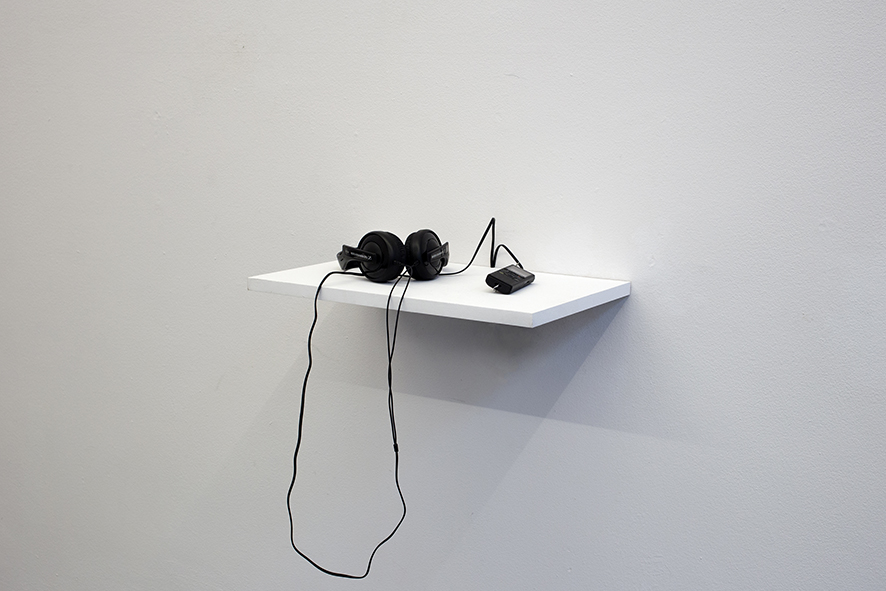 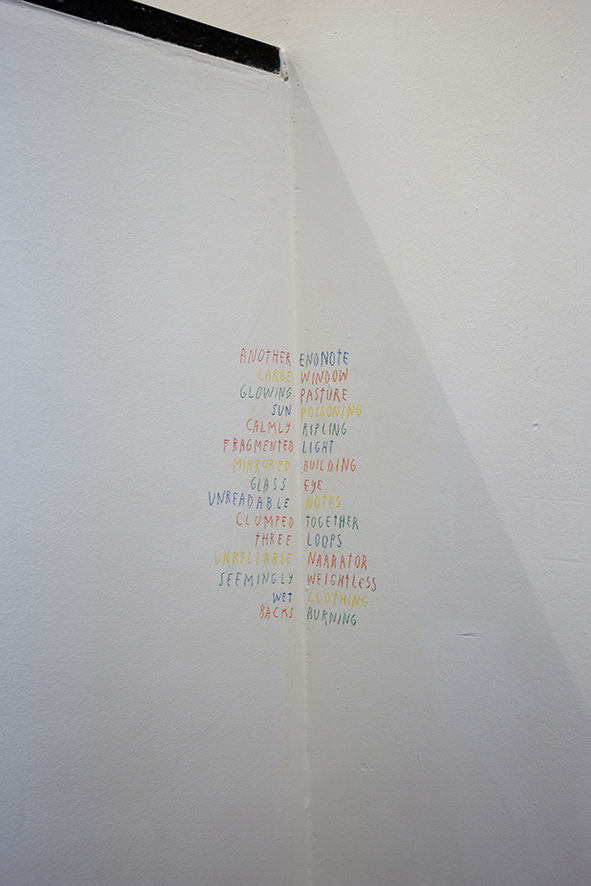